I have added a new blog on my related site: https://theparentingadventurestipsandtricks.wordpress.com

This is on the Transitions Category which we all go through in our lives. Now Henry is now sleeping in his cot, but it has been transformed into a toddler bed.

Check my new blog post on this site now. 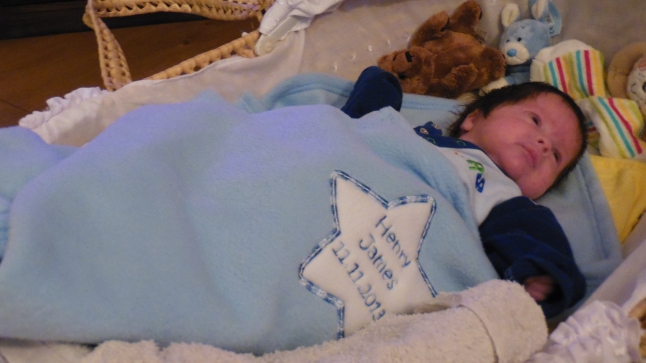 My son as a wee little man in his first month home as a baby boy.

How time has flown by, and now my son is coming up to 3 years old. Since the early years when we were all, including our son were getting used to each other, it has been a massive eye opener and learning experience.

Parenting is rewarding but there are still things that baffle me. Why my son still wakes up so early in the morning still, works out the tips and tricks on how to get our attention and is now singing or talking a lot. Not all making sense but you can hear that the language is there.

My son this year at 2 years old taken in our local park.

The words can be random. Like the other day when my mum said to him “I see you on Thursday” he suddenly he said Thursday. like out of the blue. Not having said that word before.

Bath times are challenging as he won’t sit down. I have no idea how him standing in the bath started. He did get a bit freaked when washing his hair, but then there was one point he did like it. So we have to wash his hair quickly and then make him see all is good. Nothing to be scared about.

Meals times are a mixture. Breakfast he loves. He will eat most cereals. He has I think gone off from porridge and Weetabix as last time I gave these to him. He wasn’t so keen.

Lunch and dinners a bit of a challenge as he will decide he will play us up still on occasions. I try to give him a variety the best I can. He had lastnight, baked sweet potato and baked beans for example and at weekends my hubby will do him like a roast dinner, but broken down so it is easy for him to eat. Plus he gets plenty of vegetables. He isn’t always feeding himself. We are working hard on that, and what I try to do is do more finger foods, so he has to feed himself. No excuses.

He loves yogurts, to the point he has worked out where we keep them and often gets them out of the fridge to give them to us, for us to feed him. We have now put a gate on the other door that leads to our kitchen. As there are two ways into our kitchen and sometimes it is a battle with the fridge, because he wants to go in there and take a yogurt.

If our son could live on yogurts he would.

This is a recent photo from a couple of weeks ago in the same park. Looking at this photo compared to the other, he seems to be changing everyday.

Even when looking at this picture compared to the other photo above. he seems so grown up and that is in the course of 3 months apart. He is having Occupational Therapy which has helped, see my other site, where I have written about this therapy. (Click on link below):

He has been amazing to watch. He has had a cold which has been a challenge but he is amazing how he works things out. He knows how to use my tablet better than I do. He recognises places and knows what a playground is as soon as he sees it.

He loves football, quiz shows, music and was watching Some “Mother’s Do ‘ave them” the other day, on BBC 2. Old UK Sitcom with Micheal Crawford, and he was in hysterics.

My boy from just last week on Tuesday 25th October 2016 when he got his hair cut. It made him look even more grown up.

Since the last photo of Henry in the Park, he last week on Tuesday 25th October 2016, got a haircut. This was done at our local Soft Play Cafe, where they have a children’s hairdressers, which is really reasonable and perfect as you don’t have to leave the soft play area.

So Henry had his haircut, thank you to his nanny, then had some lunch which you can purchase in the Soft Play cafe too.

He looked even more grown up once his hair cut was done. When he went to nursery the next day, even they were shocked by the transformation.

As Henry has so much hair, we do have to get his hair cut regularly as it can end up in his eyes.

Now we are about to change his cot at last, into a toddler bed.

I am so proud of my little man, on how far he has come. When he was born it was a traumatic time, as we didn’t know what would happen him being born so premature, at 31 weeks, but he has boomed from those days.

He does have Development Delay, but I know like myself all children develop different skills at different times so not too concerned.

He is an amazing little boy that it really makes me proud of myself and my hubby for creating such a little gem in our lives.